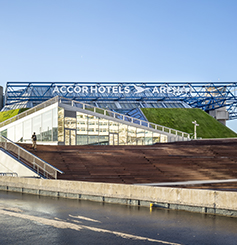 AccorHotels Arena (originally known as Palais Omnisports de Paris-Bercy and formerly Bercy Arena) is an indoor sports arena and concert hall located in the 12th arrondissement of Paris, France. The closest metro station is Bercy. Designed by the architectural firm Andrault-Parat, Prouvé and Guvan, it has a pyramidal shape and walls covered with sloping lawn. It is the main venue for the Paris Masters, ATP Tour tennis tournament and for many sports: handball, basketball, boxing, gymnastics, track cycling, show jumping, wrestling and more. It has a seating capacity ranging from 7000 to 20300, depending on the event. As part of the 2014-15 renovations efforts, the arena was renamed Bercy Arena on 1st January 2015. It was again renamed AccorHotels Arena in October 2015.

In 2015, Las Vegas hosted the world championships. The 47th edition will be host in Paris, in this brand new arena. The best wrestlers of the world will try to get the gold medal. 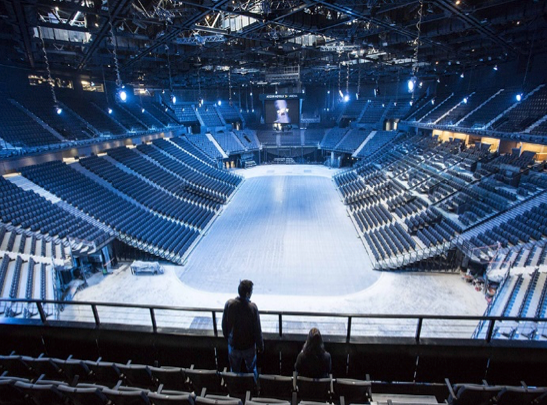 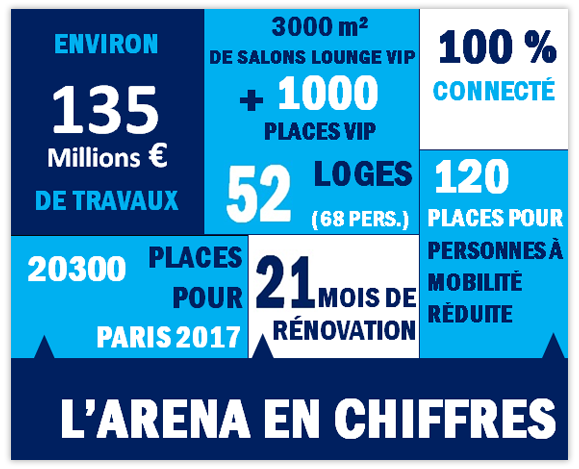 How to get to the Arena:

Traffic is important around the Arena. Fans may have some difficulties to get them on time. For your comfort, we encourage you to use public transports witch are faster and cheaper. However, below is a list of the car parks near the Arena: